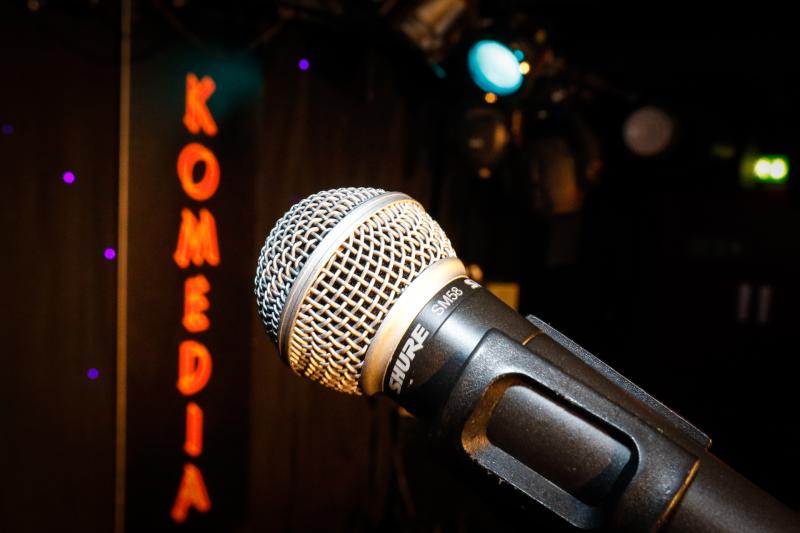 I'm putting on my comedy promoter's hat and taking a moment to announce the launch of the "Komedia New Comedy Award" 2020 in association with Brighton's Komedia, my night at the venue Comic Boom Comedy Club and esteemed comedy critic Victoria Nangle. We're all really, really excited about it!

The aim of the "Komedia New Comedy Award" is to continue to discover and support exciting new comic talent, and to offer opportunities for development. I love supporting and encouraging exciting new original comedy voices to work their way up the Comic Boom ranks - becoming MC's, Headliners and award winning television stars. Creating our own new comedy award with these titans of comedy - Komedia Brighton and Victoria Nangle - is the next logical step for us.

”I’m really looking forward to being involved in this exciting project with these brilliant partners,” says Victoria Nangle, “Brighton is a hub of comic creativity and I can’t wait to see what each heat will bring – and what the future will bring for our winner.”

I couldn't agree more. I cannot wait to discover a whole new generation of rising comedy stars to showcase and support at Comic Boom Comedy Club at Komedia Brighton.

The "Komedia New Comedy Award" applications open on the 2nd September for one month till 2nd October 2019. It's open to comedians who've been gigging regularly for less than three years who have seven minutes of their own stand-up material, plus a clip they can send in with their application. 32 semi-finalists will be selected from the clips and invited to perform across four consecutive semi-final heats from Tuesday 14th January 2020. Two comics from each heat will be selected by the judges to go through to the Final. After the heats, selected semi-finalists will still have the opportunity to win a place in the Final via a “wild card” public vote. The Final of the "Komedia New Comedy Award" will be on Tuesday 11th February. I am officially excited - about all of it!